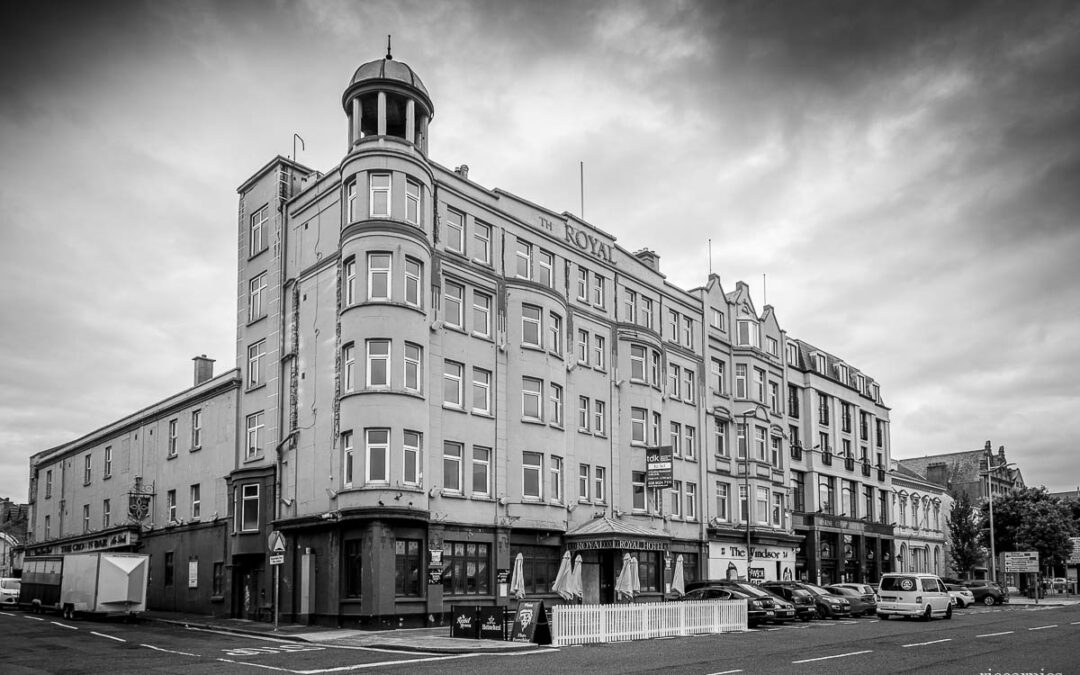 It doesn’t seem like six years ago but the Royal Hotel closed in 2014. I sometimes had lunch there and coffee when it wasn’t lunch time. I didn’t know it then but the hotel dated from 1773 although it had been rebuilt in 1932. When people said it had old world charm they weren’t making it up.

Rumours talk of it being developed into apartments but then that’s often the case when a large building such as a hotel closes. There’s a ‘To Let’ sign above it offering four restaurant/cafe units but unfortunately with the current Coronavirus pandemic and the expected economic consequences things don’t look good for the near future.

The small fenced off area in front of the hotel with tables and umbrellas is for patrons from the Rabbit Rooms restaurant nearby. The pavement outside the Rabbit Rooms is fairly narrow and many diners, sensibly with the threat of Covid 19, feel more comfortable outside so they’re using the space outside the Royal. Outside dining of course depends on the weather – always risky in Ireland.