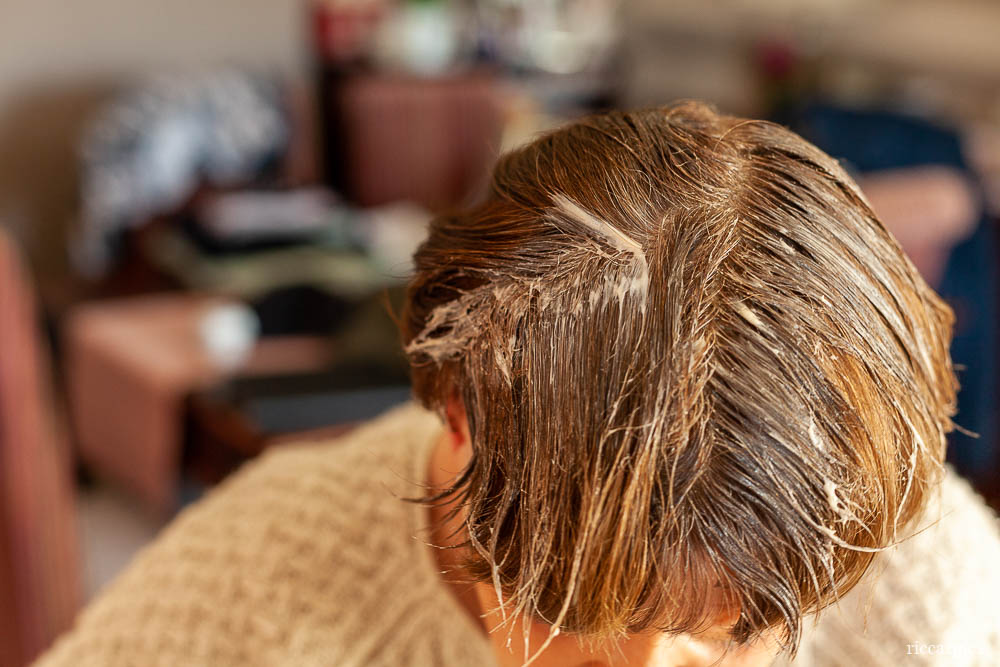 The lockdown continues and with hair salons being closed and no one having any idea when they might open Rosemarie took things into her own hands and got some hair dye.

Surprisingly, as I assisted, things went well and when I wasn’t assisting I took some photographs. Stock sites need more pictures of people dying their hair.

With hair rinsed and dried she did her own makeup.

On a more glamorous note. In an article about the supermodel Naomi Campbell in DP Review yesterday we are told she did her own hair and makeup and took her own photograph with an iPhone for the cover of Essence magazine. The Coronavirus lock down prevented the magazine from dispatching the team that had been booked. You could say it was Supermodel DIY.

Naomi Campbell was one of the super, supermodels of the nineties along with Linda Evangelista and Christie Turlington. They were as famous as film stars and pop singers. Evangelista is remembered for the quote “We don’t wake up for less than $10,000 a day.”

Naomi Campbell is not alone. Actor Robert Patinson is on the cover of GQ Magazine having also photographed himself although he used a DSLR rather than a phone. I’ve no idea how much he gets paid for waking up but he looked like he just got out of bed. Somebody said that’s the look many aspire to nowadays.

Some photographers expressed concern about celebrities taking their own pictures. If supermodels can still demand $10,000 for getting out of bed they shouldn’t worry.