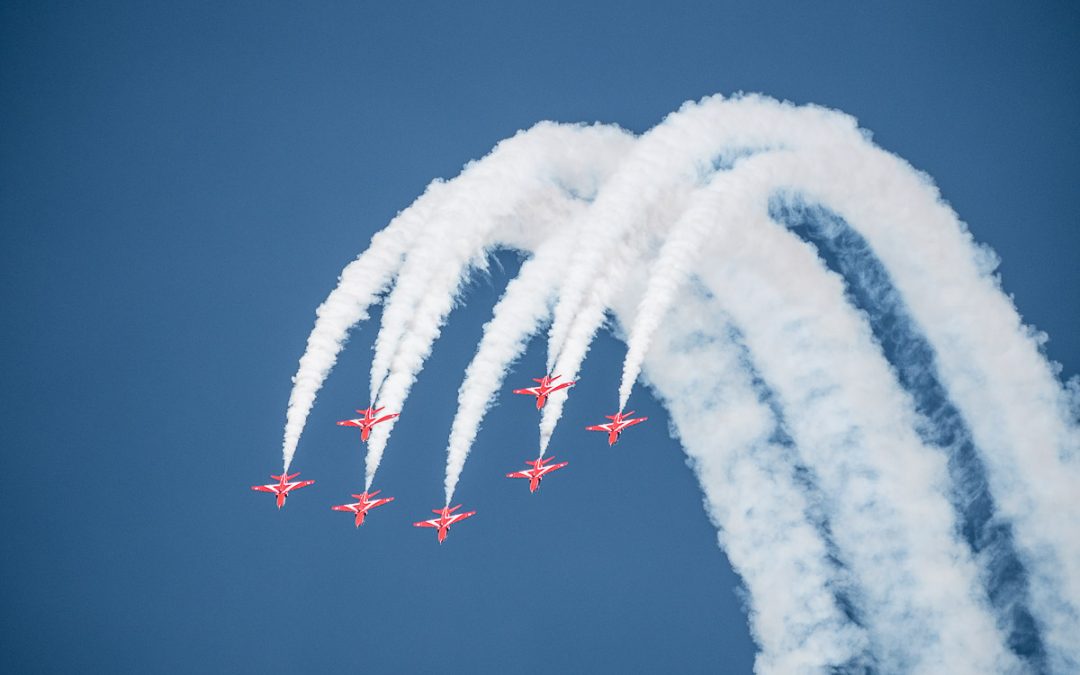 The annual Festival of Flight, sponsored by Collins Aerospace, Kilkeel and held at Newcastle Co. Down is an ever popular event usually attracting in excess of 100,000 visitors. This year, with a day of nearly unbroken sunshine, the show was probably more popular than ever, evidenced by the size of queues outside the ice-cream shops.

The festival is usually held in early August but the organisers decided to bring it forward to June this year because the main attraction, the RAF Red Arrows display team, is off on an American Tour in August and September.

The Red Arrows appearing attract people to the show that perhaps wouldn’t go and the organisers being prepared to bring the event forward to facilitate their appearance demonstrates this popularity.

The decision however turned out to be inspired as the show fell on one of the best days of the summer so far and with little or no cloud the Red Arrows were able to go full on, enthralling the crowd.

Also popular with spectators were the AeroSuperBatics wing walkers. They seemed completely at ease moving around on the wings of the small planes as they flew over the bay. Impressive to watch.

The Irish Coast Guard, Garda Cósta na hÉireann helicopter along with the RNLI gave a rescue demonstration. The helicopter crew winched someone up from the moving lifeboat.

These guys save many lives every year by risking their own and in 2017 an Irish Coast Guard helicopter crashed into the sea off County Mayo during a rescue and the crew of four lost their lives.

Also appearing were the Team Raven aerobatic display team, a CASA Maritime patrol aircraft from the Irish Air Corps, a Douglas Dakota, The Global Stars and The Blades and probably some that I’ve missed.

You can see more images here