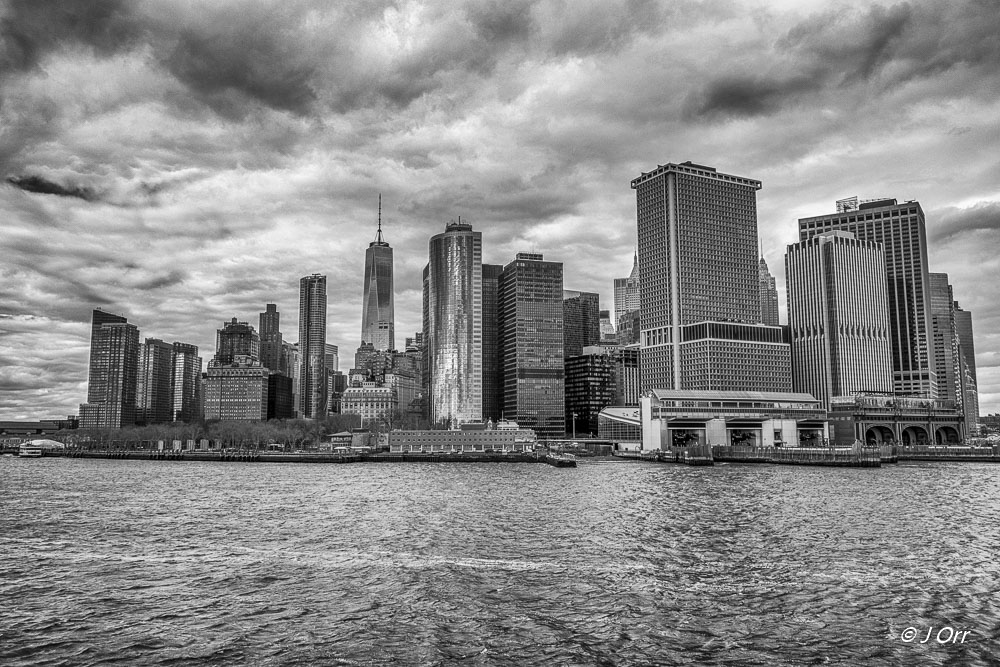 In April 22016 we went to New York for five days. It was a family break so although I brought cameras photography was a secondary consideration and I didn’t take anywhere near as many photographs as I normally would have. We did what people do in New York, we saw Les Miserables, we eat well, took a bus tour and we went shopping. I got an afternoon in B & H – what a place – I’ve never seen so much gear!

I had brought my Fuji X100 and Sony RX100. It was easier to bring those two cameras than my Canon. The Canon with the 24-105 lens would’ve been much more versatile and produced better images but I just didn’t want the weight.

I’ve included a few images below, taken mostly with the Fuji. I’ve processed them to black and white because I like monochrome and it makes these images work that much better than colour. 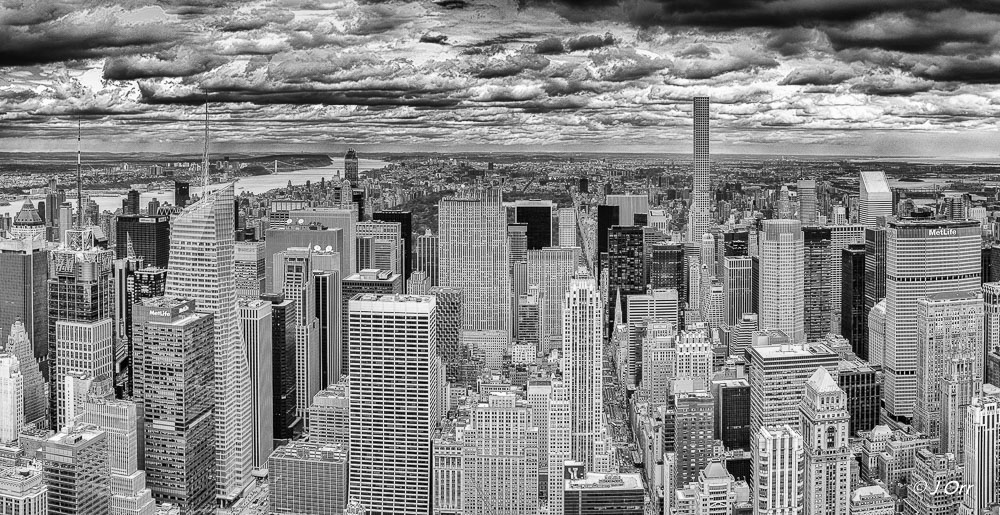 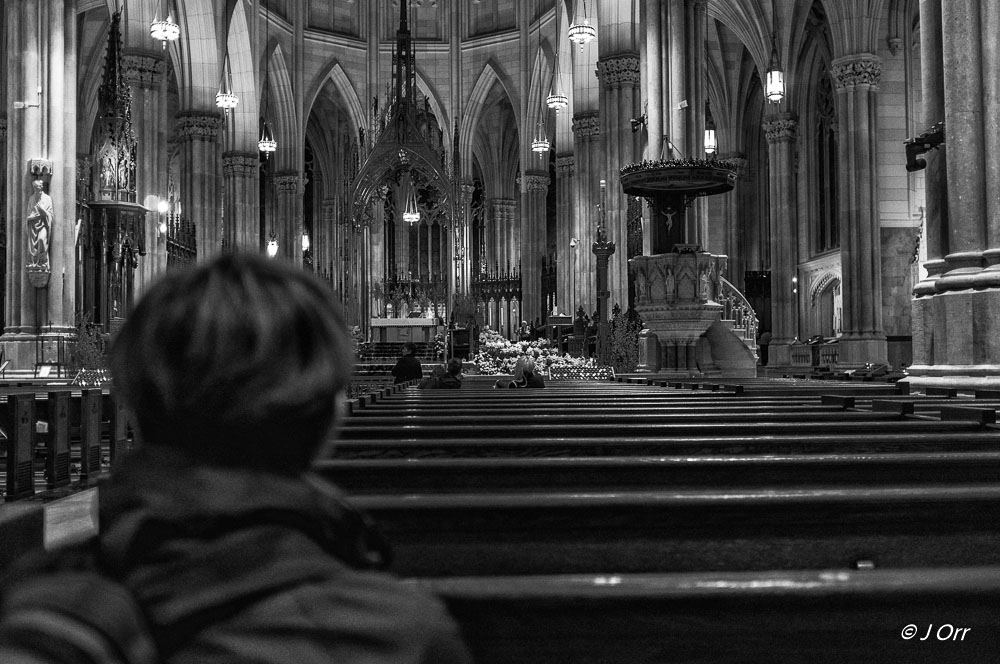 We took an evening bus tour and I had to get a photograph of the Flatiron Building. Its always difficult to get an image of such a famous building that looks even slightly different from the many thousands taken before. The guy looking through the binoculars and the tour guide pointing add some animation. 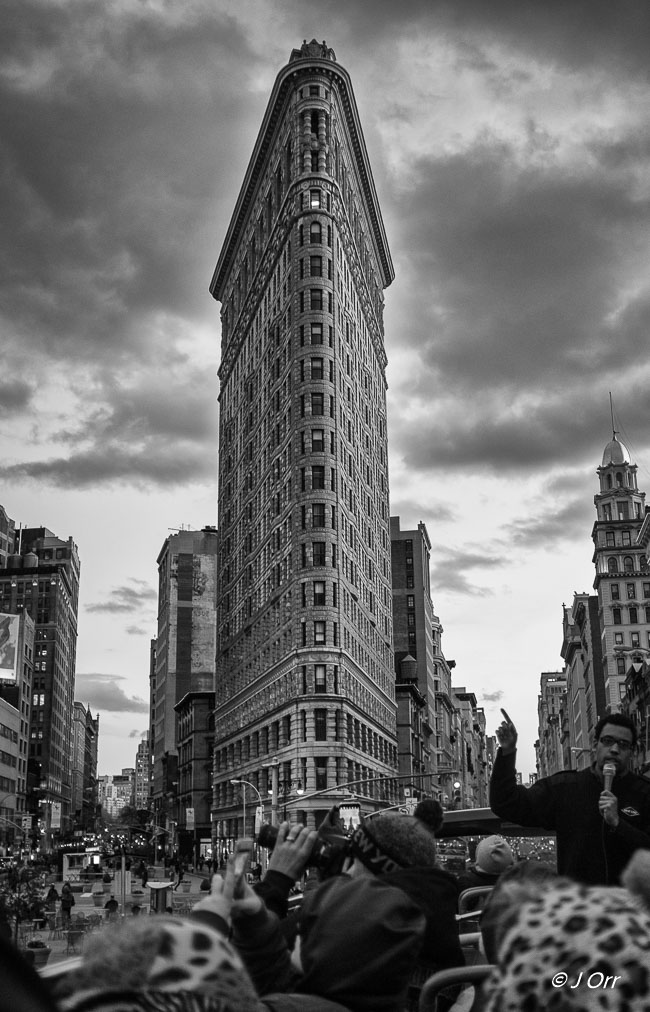